Everything You Need To Know About The Nike Fuelband 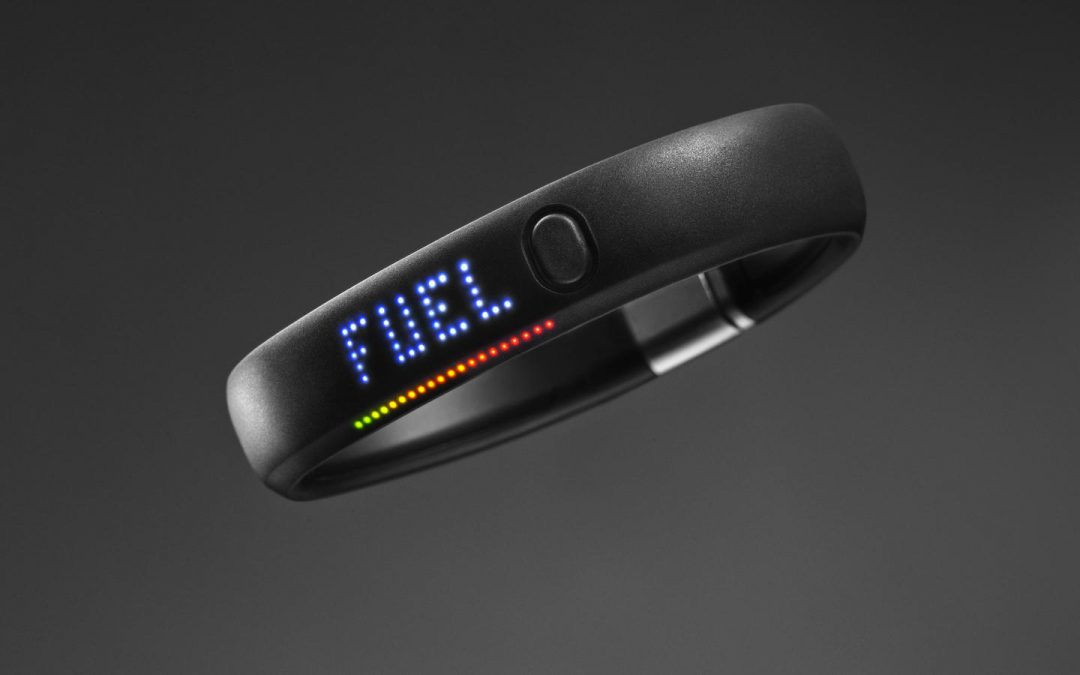 But there are hundreds of options available, and it’s hard to know which options work well, which ones are cost-effective, and overall, which fitness trackers are actually worth the effort.

Today, we’re taking a look at the Nike+ Fuelband, which is attributed as starting the whole fitness tracker wearable craze, and all that glory. We’re discussing the origins, the history, and the things you need to know before considering the purchase of the Nike Fuelband.

What Is The Nike Fuel Band? 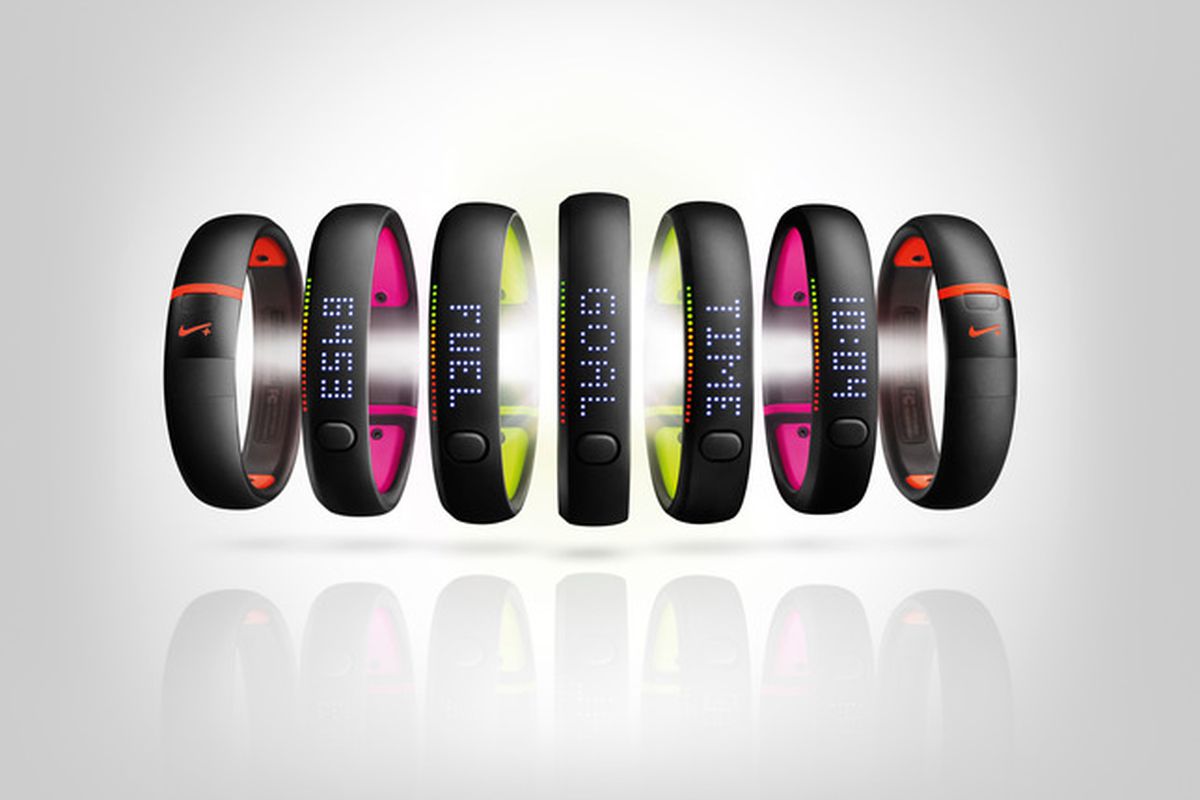 The Nike Fuelband is an activity tracker made by Nike. It’s much anticipated release was on February 22, 2012.

This device is worn on the wrist and depending on which version of the watch you have, it will either pairs with Apple or Android devices.

This fitness tracker was designed to allow the user to be able to track all of their physical activity throughout the day.

This tracking would include things such as the number of steps taken daily, and the amount of energy that was burned by all the effort – or how many calories the wearer burned through both fitness activities and standard movement.

This watch tracks every kind of movement, not just running or cycling. Instead, Nike designed the watch to track every single action that you take throughout the day, so that you can know when you are being active and when you are being inactive. This helps the wearer better understand his or her overall health.

Nike’s app and community website utilized a game aspect to the fitness activities that were being tracked. All of the activities were turned into points which could be used to unlock achievements and engage others in competition.

This kind of tracking fitness game is great for competitive people who benefit from fun goals, and friendly competition between friends. Many people also compete against their own previous activities, to see if they can improve their personal records, or go a greater distance.

History Of The Nike Fuelband

As a product, the Nike Fuel Band was announced for pre-order in the United States exclusively at nikestore.com on Janurary 19,2012. It’s official release into select Nike stores across the United States took place on February 22, 2012 and was only for sale in the single color and style “Black Steel.”

The following year, other limited color releases started hitting the market, including “ice,” “white ice,” and “black ice.” 2013 also saw the release of the Nike Fuelband into Canada and the United Kingdom.

However, at this point it was already starting to fall behind its competition.

Nike neglected to listen to their customer base while they worked on designing the next watch. So, it ended up that this version did not bother to add the much-requested full waterproofing. Swimmers, who would have loved to use the fitness tracker were unable to use it because of that lack.

Finally, in July 2014, the Android app for the Nike Fuelband became available. By this point, though, the watch had already started losing out sales to other companies who were already on the Android app store.

The birth of the Nike Fuel Band began with a collaboration with Apple, but by the time the Apple Watch came out, the Fuel Band was already being forgotten. By the time of the Apple Watch release in April 2015, Nike had become reduced to being just another third-party app on the Apple device.

Before the Apple Watch saw release, Nike actually fired the entire FuelBand team – a number of whom ended up working on the Apple Watch team – and announced they were winding down things with the Fuelband.

While the Fuelband was the first real combination of consumer tech and fitness tracking tech, it has sadly become just a product of the past.

It’s rather ironic that the product that helped launch what is now a multibillion-dollar industry was so quickly abandoned and forgotten by the company that created it.

What Other Reviews Have Said About The Nike Fuelband 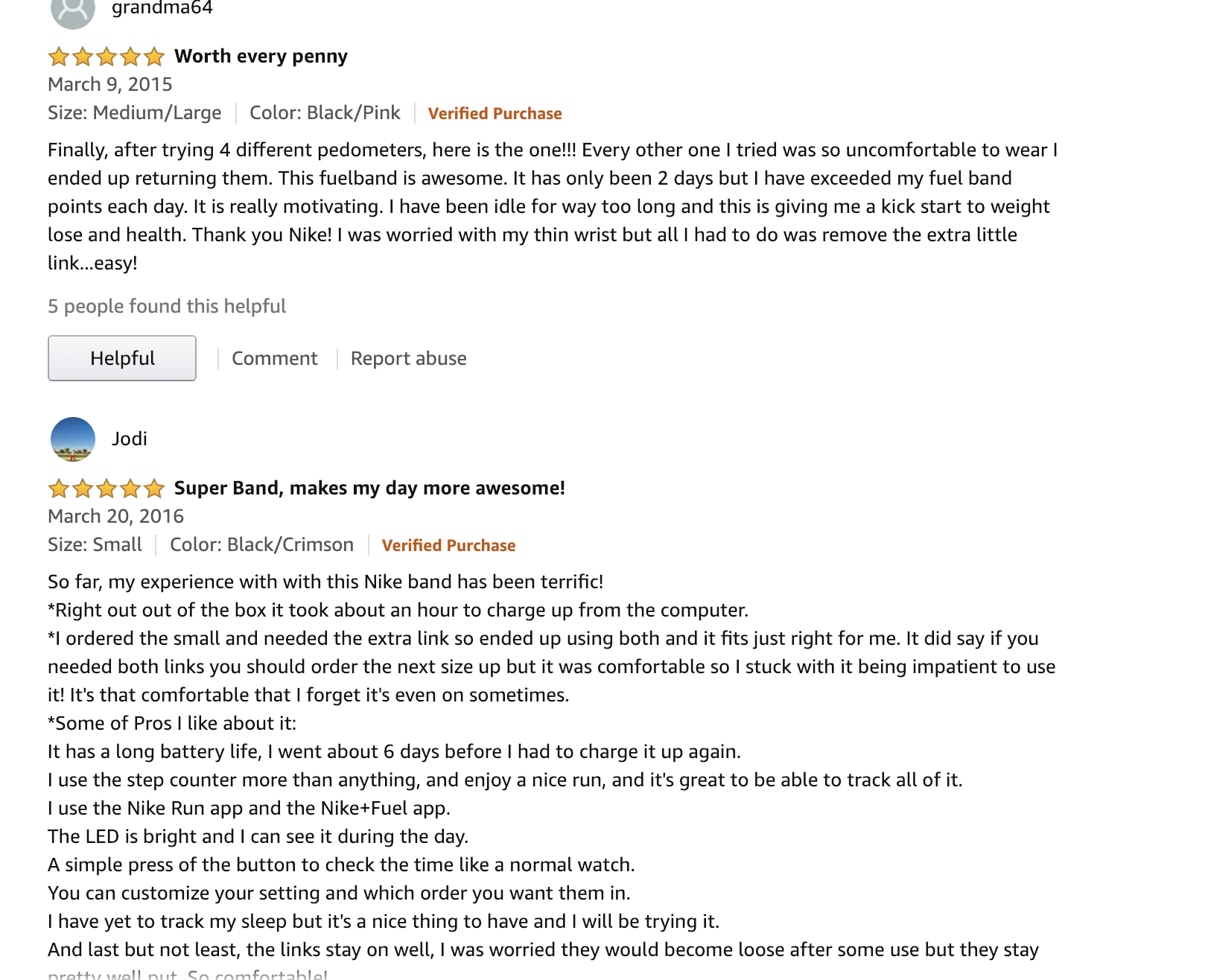 While one reviewer thought the idea of Nike’s Fuel points were novel, ultimately the conclusion is that the Nike Fuelband just served the purpose of making sure you were moving a bit more throughout during your day.

Testing the Nike Fuelband against a Fitbit tracker, that same reviewer found that the Fuelband was lacking in precision of measurements. And, instead of telling you your steps, distances run, et cetera, you just see the points you’ve earned.

Without knowing what the points mean, it’s hard to determine what you’ve actually accomplished.

Other reviews of the Nike Fuel Band said that it is a device most useful to those who lacked inspiration. While the apps and tools available were good, it was geared more towards those who need the challenge of competing with others as a means for working out harder.

For the increased price due to all the hype surrounding the product, you’d have been better off buying a pedometer instead of the original Nike Fuelband, at least according to some of these reviews.

In essence, the Nike Fuelband itself is nothing more than an overpriced, over hyped, and overmarketed pedometer that gave you “Fuel points.”

With thousands of Nike Fuelbands being used across the United States, Nike only gave two weeks’ notice to the customer base that the app would no longer be available to support the Nike Fuelband fitness tracker.

Without the power of this app, the Fuelband ceases to operate properly, and has no ability to track your activity, mileage, and steps.

Obviously, this sudden turn of events has outraged a number of folks across the country who have come to reply on their Nike Fuelbands to track their fitness training.

Nike had made promises to support this tracker for years to come, and absolutely failed on April 30, 2018, when they made this sudden announcement of discontinuation.

This ceasing of the Nike service includes:

One of the reasons for the decline in sales of the Nike Fuelband was because it only had minimum features, the competitors added more and more each year.

The Fuelband was a watch, pedometer, kept Fuel scores, and had Bluetooth enablement, but it failed to live up to the full potential that we all expected it to meet.

If this tracker from Nike were to ever come back, it would be hard for us to suggest anyone purchase it. When a company drops a product so suddenly, without consideration of its customers, it’s rather difficult to suggest anyone give them business in the future, since it could happen again.

The only way we could ever recommend this product in the future, if it ever did return, would be if there were significantly more features, and a restoration of trust from the company. You cannot discontinue the support for an item that thousands of people use for the important task of training and expect people to come back for more.

Final Thoughts On The Nike Fuelband

The Nike Fuelband was an okay product in its day. As they made advances in the models, it became a little more reliable and interesting, but ultimately was just an average wearable device that did successfully motivate some people to move more during their day.

Sadly, for those who do love the Nike FuelBand, this device is nothing but a fond memory now, since the company decided to stop supporting the app that the Fuelband required to operate properly.

Many have pledged to never buy Nike products again because of this foolish treatment of customers, and we honestly can’t blame them. It’s a shame, too, as Nike has been a name so well-known for decades. Their products have been high-quality, effective, and interesting over the years.

If you do choose to purchase Nike products in the future, we highly recommend only purchasing items that won’t require their backing and support with technology, unless they somehow rebuild the trust that they’ve shattered with the Nike Fuelband discontinuation.