The Benefits of the Dynaflex Powerball 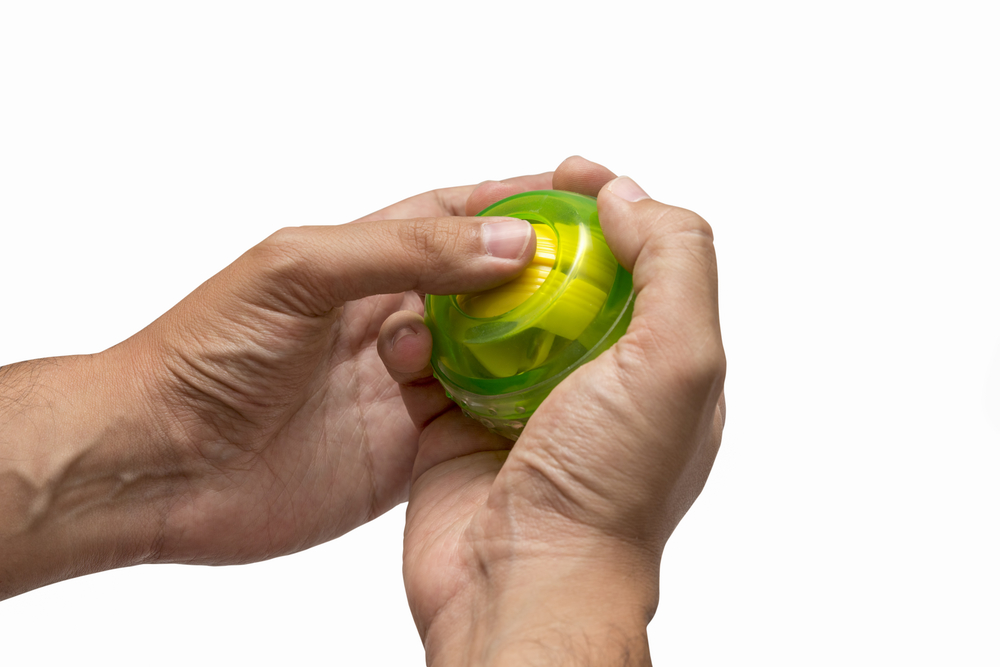 Every muscle in the body can be exercised in some way. Dumbbells are great for biceps and triceps, and barbells for the chest and shoulders. And for some exercises, these can be used for our forearms and wrists, but they’re a bit more difficult than we’d like them to be. That’s where the Dynaflex Powerball and similar powerball gyro devices come into play.

What is a Dynaflex Powerball?

The Dynaflex Powerball is a gyroscopic exercise tool designed for various physical therapy treatments and strength training routines. This tool is used for a variety of exercises relating to hands, wrists and shoulders, and can help with finger pain and dexterity.

What a Gyroscope is

Gyroscopes are intriguing devices that have historically been invented and used to aid in measuring such things as an object or structure’s orientation as well as its general angular velocity. This device’s name stems from Greek words that translate to “circle” and “to look,” roughly describing its typical design and use.

A gyroscope is essentially a free-spinning wheel or even a disc that is free to assume any orientation, independent of its mounting structure or any sort of tilting. Gyoscopes are used alongside other types of devices like compasses to create entirely novel and incredibly efficient devices such as gyrocompasses. These useful devices are also used to build super precise accelerometers as well as motion sensors of compact dimensions that are commonly used in a number of modern mobile phone and tablet models.

Using a gyroscope for health purposes involves manually manipulating its moving parts and controlling such movement.

How Does the Dynaflex Powerball Work?

This tennis ball sized piece of equipment uses a pull-string to get the gyroscope rotating. Enclosed in a plastic casing, the Powerball gyro does its work, ramping up the rotations per minute (RPMs) while working against internal resistance. This resistance can give anywhere from 25 to 40 pounds of torque, which is where the power comes from for working through pain issues from weakness or damage, as well as strengthening fingers, wrists, elbows, upper arms and shoulders as you work the device.

Who Can Benefit from Using a Powerball?

1. Those with Carpal Tunnel Syndrome

Dynaflex Powerball, or any of its competitors like the NSD Spinner or DFX Powerball, can be used to help treat those with carpal tunnel. Carpal tunnel is a condition that is caused by pressure on your median nerve, which runs through the carpal tunnel, a passageway for the nerve that lives in the wrist and hand.

The resistance, movement and vibrations of the Dynaflex Powerball can help work the muscles that surround the nerves that have issues. There are several treatments for Carpal Tunnel Syndrome, including physical therapy, which may put the powerball to use.

2. Those with Wrist Injuries

Much like those with Carpal Tunnel Syndrome, those with wrist injuries may benefit from using the Dynaflex Powerball. Physical therapy for these injuries may include stretching, as well as strength training, and the power ball may very well be the key to effective restoration.

Guitarists, pianists, keyboardists, bassists and others often struggle with finger, wrist and elbow strength. Bar chords and fret work, fast scales and playing lead all require strength in the forearm and wrist. The Dynaflex Powerball can be used to increase this strength, as well as the dexterity needed to move smoothly across the fret boards.

If you’ve ever gone rock climbing, you know that your wrists and forearms have to be strong. Your grip is your lifeline, as it were, to keeping you attached to those rocks. Whether you’re on a wall, a rock face or climbing a muddy cliff, you’ve got to have enough strength in your hands and fingers to make it up, and sometimes, hold yourself up by the strength of those extremities alone. A powerball like the NSD Spinner or Dynaflex Powerball could be used to gain that strength.

Whether you’re a musician or sufferer of carpal tunnel syndrome, this one can be especially useful for fighting pain and gaining dexterity. Engage the Dynaflex Powerball by pulling the cord. Hold the Dynaflex in your hand, fingers straight, with palms facing down. Make a stirring motion with your hand as you hold the power ball. Do this until the hand reaches fatigue. Switch hands and repeat these steps.

For Wrist and Forearms

Always remember that before you begin any kind of workout regimen, you should talk to your doctor, physical therapist, and other professionals that treat and oversee your health. If you’re a musician or athlete seeking to use the Powerball for increased dexterity and strength, you should consult your doctors, as well.

While no tool is the magic, singular answer to your problems or pain, the Dynaflex Powerballs and other Dynaflex products may be the major find you’ve been looking for. They can help with finger, shoulder, elbow, wrist and hand pain. Following an exercise routine and completing physical therapy using a powerball can lend to your healing, strength increases or gripping abilities.