Fitbit VS Garmin: Which Fitness Tracker Is Better For You 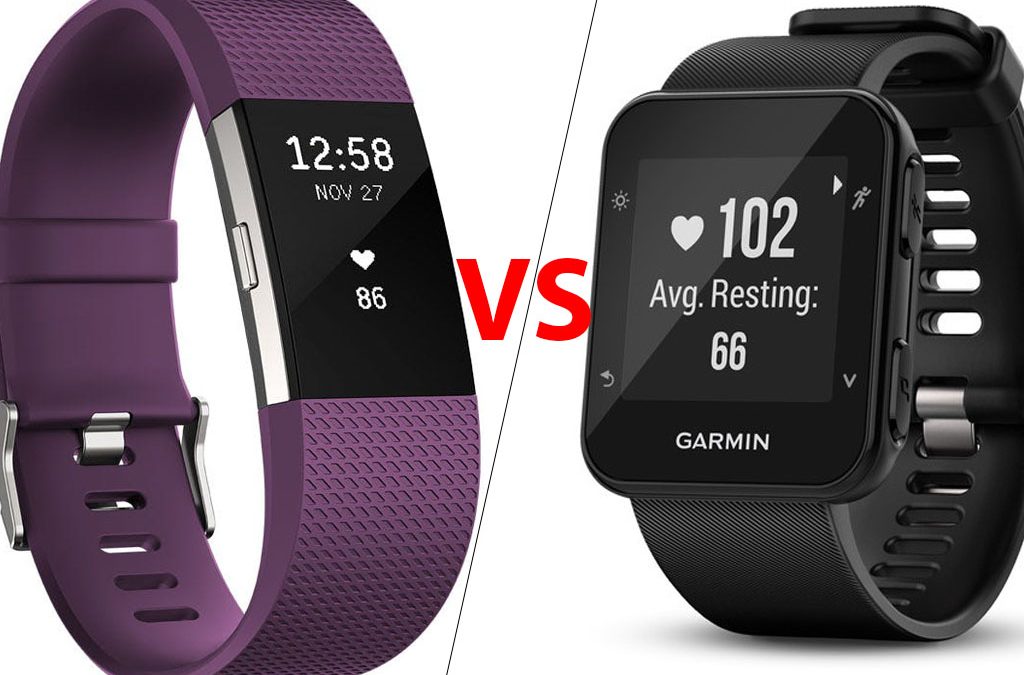 Wearable technology is the current trend when it comes to buying portable electronics.

Many people like to use these kinds of devices in order to enhance their exercise routine. This kind of wearable technology is called a fitness tracker and is usually worn around your wrist like a watch.

In this article, we discuss two companies that make popular fitness trackers, specifically Fitbit and Garmin. After giving a brief overview of the products offered by each company, we compare these companies on a number of important factors.

An Overview Of Fitbit’s Products

Fitbit offers a number of fitness-friendly products for every kind of customer.

The Fitbit Charge 2 is Fitbit’s number 1 selling tracker. It tracks your heart rate, steps taken, distance traveled, calories burned and floors climbed in addition to many other measurements. It even offers guided breathing sessions that are personalized based on your heart rate. 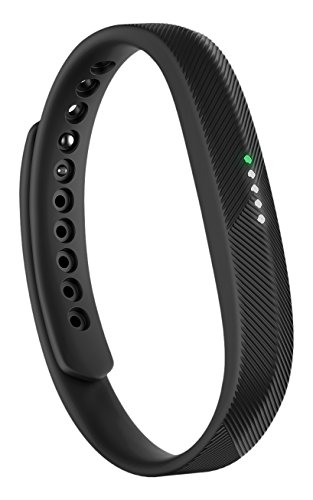 The Fitbit Flex 2 is ultra-thin and is considered swim-proof and life proof more generally. This makes it ideal for anyone that lives a rugged lifestyle and doesn’t want to worry about damaging their fitness tracker.  Since it doesn’t have a screen, this fitness tracker communicates your daily activity progress using LED lights. 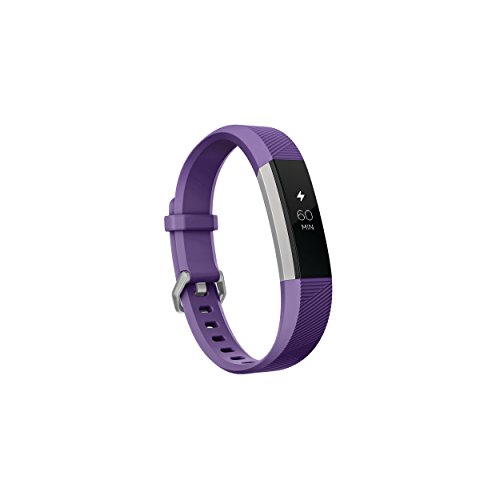 Fitbit also offers products designed for kids, like the Fitbit Ace. This fitness tracker costs $79.95 and rewards kids with celebratory messages and achievement badges. Furthermore, this watch encourages a community of young athletes, as kids can challenge others to step competitions and even send other users messages. This can be monitored by parents through a family account. 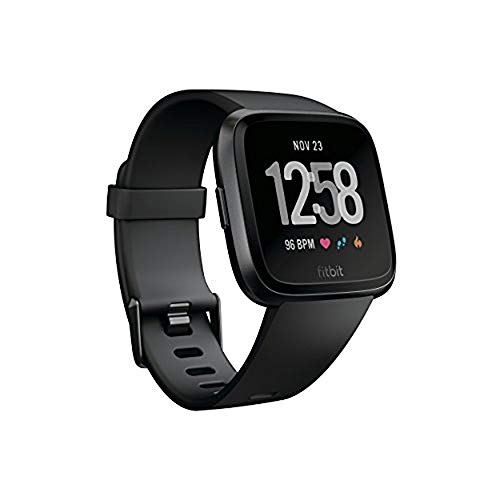 Lastly, it’s worth noting that Fitbit also sells products that are considered smartwatches. For example, the Fitbit Versa smartwatch costs $199.95 and has a 1.3-inch screen with 300 x 300 pixel resolution. It’s unique when compared to other Fitbit products because it allows you to download apps from the Fitbit App Gallery. These apps allow you to personalize your watch to serve your active lifestyle.

An Overview Of Garmin’s Products 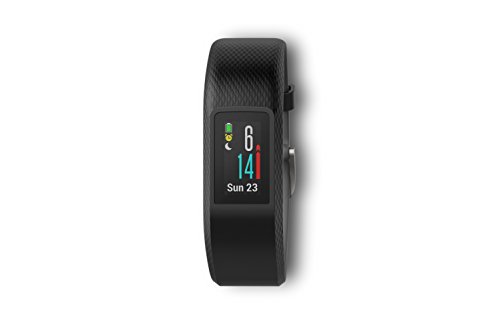 Many customers think that the Garmin Vivosport is the best fitness tracker currently on the market. This is a very sleek fitness tracker with a battery that lasts up to 7 days in smartwatch mode and 8 hours in GPS mode. Furthermore, it tracks all the classic fitness information while also featuring a heart rate monitor. 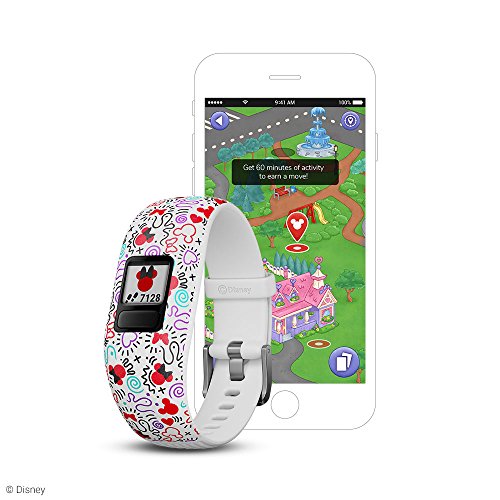 Garmin also offers the vivofit jr. 2 which is designed specifically for kids. This fitness tracker offers a number of fun design themes for kids to choose from, including Disney Minnie Mouse, Stars Wars, and Marvel Avengers themes.

What’s unique about the vivofit jr. 2 is that it has a 1-year battery life, meaning that recharging is not needed. Furthermore, Garmin offers a mobile app specifically designed to sync with this fitness tracker. This allows parents to monitor the activity of their kids as well as assign chores and schedule reminders. 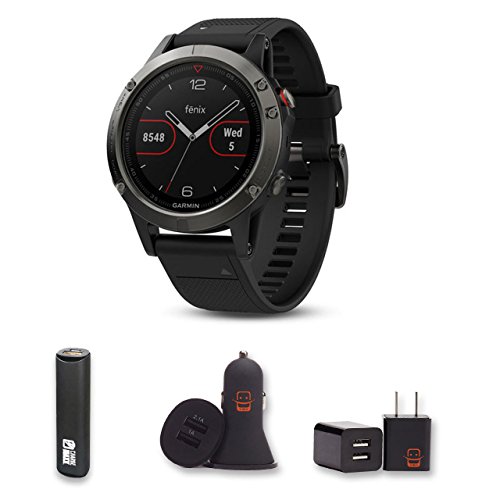 What’s unique about Garmin is that they specialize in smartwatches. For example, the Garmin Fenix 5 is one of the highest end sport smartwatches, costing $649. This watch features a sapphire crystal face in order to withstand scratches and bumps. 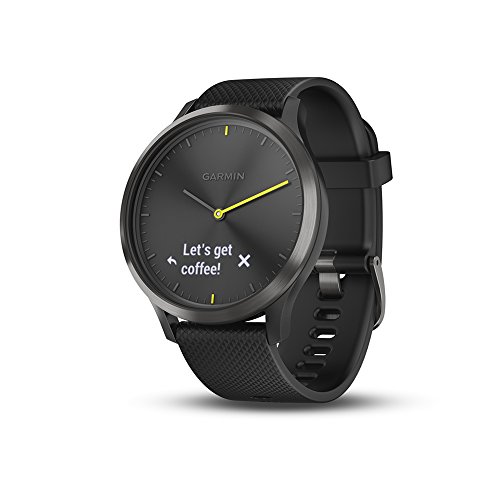 The Garmin vivomove HR smartwatch, on the other hand, would be more ideal for people on a budget, as it costs $199.95.  This is a very fashionable watch that features a touchscreen as well as physical, ticking watch hands. These watch hands move out of the way when the touchscreen is being used and then return to the correct time when you’re done.

What’s great about the vivomove HR is that it not only offers fitness monitoring but stress tracking. One way it does this by showing your current stress level and including a relaxation timer that offers guided breathing exercises.

Both companies offer mobile apps that allow a separate device to sync to your fitness tracker. Many customers take advantage of this technology in order to view their fitness information on a larger screen like a laptop or tablet. While the smaller screens on fitness trackers are amenable to viewing information, ultimately a larger interface would be more efficient if you want to perform a deeper analysis of your activity.

Both apps are free and can be downloaded on most devices. Many customers consider Fitbit’s app to be easier to use, making it more ideal for beginner users. Fitbit’s app features a simpler interface with less information. Generally, Fitbit’s interface is less crowded and offers more intuitive navigation.

Garmin’s app, on the other hand, is more information-dense. This makes it ideal for more advanced users who have been using fitness trackers for many years. Garmin’s app also features more post-workout information, making it perfect for trainers who want to discuss fitness information with their client.

One unique feature of Garmin’s app is that it allows users to view their fitness information from any day in the past. Fitbit’s app allows you to do this as well, but you must scroll back on the calendar one day at a time. This could be frustrating for users who want to check dates far in the past, as it might take a while to scroll back this far. Garmin’s app, on the other hand, lets you jump back to any date you want instantly, making it more efficient for analyzing your activity over time.

Fitbit’s app is more suited for users interested in being a part of a fitness community. In particular, there is a Community tab at the bottom of the Fitbit app that lets you communicate with other Fitbit users. This is essentially a social media platform that is built into the Fitbit App.

Another important factor to consider when comparing Fitbit vs Garmin is the comfort of the fitness tracker. It can be easy to forget that these devices must be worn on your wrist in order to be effective, especially when examining the abstract specifications of these products.

Ultimately, the comfort of each company’s product will vary depending on user preferences and the material used on the product. Both company’s use synthetic materials like silicone on the strap and more durable materials like stainless steel and aluminum on the buckle.

Both companies have been innovating within the fitness tracker industry for many years, so their products are highly refined. As such, the products from both companies are lightweight and designed to facilitate maximum comfort.

We think the battery on Garmin’s products tends to last longer than the battery life on Fitbit’s products.  This makes them more wearable, as you won’t have to take them off as often to recharge. Garmin’s vivofit 3, for example, features a 1-year battery life while many of Fitbit’s products need to be recharged after a week or two of usage. However, after about a year, customers will need to purchase a new battery for Garmin’s vivofit 3. While purchasing a new battery shouldn’t cost more than $5, this could up over time.

Ultimately, these are hidden costs that should be considered if you are basing your purchasing decision on price. Some customers might select a Garmin product over a Fitbit product because it’s $30 cheaper. Yet, this Garmin product would likely be about the same price as the Fitbit product when considered over a 5-year timespan. Knowing these hidden costs ahead of time might change which company’s products you decide to go with.

Both company’s offer high-end products that are much more expensive than an entry-level fitness tracker.

We think Garmin offers more options in this regard. Fitbit, on the other hand, seems better suited for beginner users who aren’t interested in making such a significant investment.

Many of Garmin’s watches are so aesthetically stunning that they would be ideal even if you weren’t interested in tracking fitness information.

Garmin’s vivomove HR, for example, resembles a traditional watch by all means. Yet, it features a subtle touchscreen that can be used to access fitness information as well as notifications from your phone. This makes it ideal for anyone who wants a fashionable device but doesn’t want to sacrifice cutting-edge features.

The accuracy of your fitness tracker is another important factor to consider when analyzing Fitbit vs Garmin.

Neither company really stands out when it comes to the accuracy of fitness measurements. Heart rate monitors are traditionally very inaccurate, and this is the case regardless of what fitness tracker you go with.

The main benefit of using the fitness information provided by your fitness tracker is that it allows you to make relative judgments over time. Even though many fitness trackers are inaccurate, they seem to be consistently inaccurate, which actually makes them insightful to a degree. Knowing that you walked 3 times as far today as yesterday is still beneficial information, for example.

Garmin’s vivosmart HR actually allows you to calibrate it for improved accuracy. When you first use this product, it will ask you to walk or jog for 20 minutes in order to establish some baseline measurements. While this feature certainly makes the product more reliable, it doesn’t make the fitness tracker perfect by any means.

Some customers have claimed that the water-resistance feature on many fitness trackers is dubiously marketed. Some products from Fitbit and Garmin can withstand a small amount of water when the device is sedentary but are vulnerable when exposed to water in moving conditions. Yet, it’s unclear what distinguishes sedentary conditions from moving ones.

For example, the Fitbit Flex is advertised as being water-resistant up to 1ATM, which translates to about 33 feet beneath the water. Yet, the company also claims that the device is not swim proof, which could be confusing to some users.

Our Final Thoughts On Fitbit vs Garmin

At the end of the day, we think both Fitbit and Garmin make reliable products that will satisfy anyone interested in the overlap between fitness and technology.

Fitbit is definitely the newer company, being founded in 2007. Even though they specialize in fitness trackers, Fitbit has branched out in recent years and started selling headphones and even scales.

Garmin, on the other hand, was founded in 1989. For the first 10-15 years of the company’s existence, they focused mainly on producing GPS technology for many different activities. Garmin entered the fitness tracker industry in the early 2000’s and has been competing against titans like Fitbit and Apple ever since then.

Ultimately, we think most beginner users would benefit from going with a Fitbit product while more advanced users will prefer Garmin products.

Really, the best way to determine which company to go with is to experiment with their products in-store.

Regardless of what product you go with, remember that the important thing is that you’re being active. An inactive lifestyle could lead to disease whereas an active lifestyle will promote health and happiness.