Jawbone VS Fitbit Review: Which Smart Device Is Better?

Whether you are trying to lose some weight, or just want to work on your general fitness, you have most likely considered purchasing a “smart” device to help you out.

​So how do you make the choice? We are going to be doing a comparison between two of the best, most high-tech options on the market. Which is better – Jawbone vs. Fitbit?

First, let’s consider what we are going to evaluate to make the comparison between the two brands.

Quick Navigation
​How We Evaluate the Products
​What are Fitbit and Jawbone?
​What Makes Them Different?
Pricing
Battery Life
Features
Water Proofing
​What Do They Have in Common?
Smartphone Compatibility
​How to Make Your Choice
​Which One is Better?

How We Evaluate The Products

​Before we begin measuring and comparing the differences between Jawbone and Fitbit, let’s talk about what is going to be measured first.

​One thing we will be considering is how they are evaluated by the public. We will be looking at customer reviews and testimonials to see what they thought of the products. This allows us to see any widespread issues or complaints that may have come up, or any aspects that the customers collectively loved.

​We will also be looking at the company making the products. Having a company that is trustworthy, ethical, and that has decent customer service is important if you are planning on giving them money.

​Lastly, we will be researching all of the product specifications. This ensures that we know the product backwards and forwards, and that you won’t have any surprises when you purchase it. Depending on what your needs are, you may be interested in one over the other.

​Now let’s discuss what these products are and what makes them different from each other.

What Are Fitbit And Jawbone? 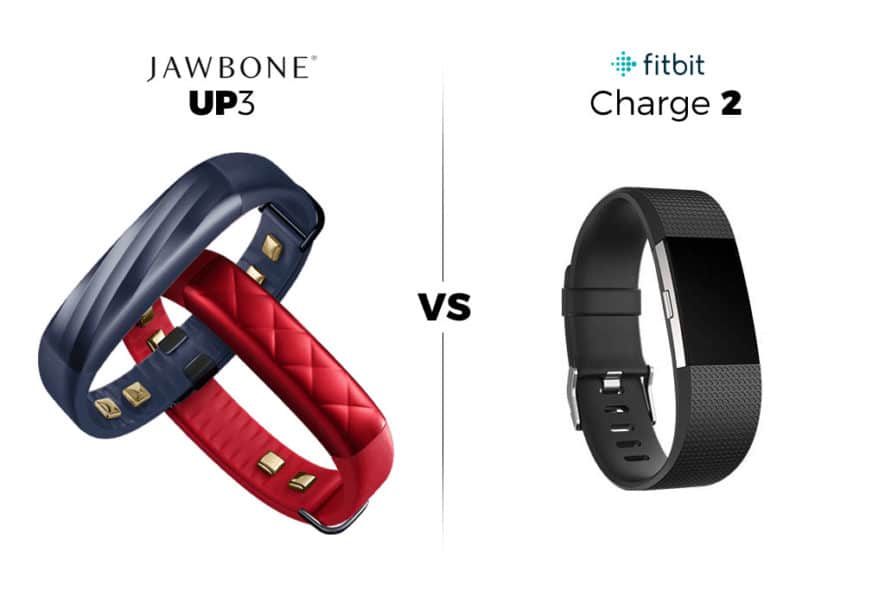 ​Fitbit and Jawbone are two companies that create a huge variety of different portable and wearable smart devices.

​Fitbit mostly creates electronic activity trackers that emphasize exercise, health, and weight loss. They have a variety of different options that offer different features depending on what you are looking for in a fitness tracker. The company was created by James Park and Eric Friedman in the early 2000s, and they were one of the first to create a useful fitness tracker to help people get healthy.

​Jawbone focused mostly on portable audio devices like headsets and speakers in the past, but starting in 2011, they started creating trackers similar to Fitbit. They are an American company that is based out of San Francisco, California. The company holds more than 230 patents in the technology sector and are a leader in fitness trackers.

​As of the summer of 2017, the company began to close its doors. However, the CEO is planning on opening up a new, similar company known as Jawbone Health Club. You can of course still buy their products online.

​So, what are the differences between the two companies and their products?

​What Makes Them Different?

​First, let’s talk about a few aspects these companies and products don’t have in common.

​Both Fitbit and Jawbone offer a fairly wide range of models to suit any need you have, and this goes for how affordable you need them to be as well.

​FitBit does have a much more extensive range, offering six different models. Jawbone only offers two wrist-based fitness monitors and one clip-on monitor.

The price range goes anywhere from $$ to $$ depending on the model you end up choosing.

Their prices range from $$ to $$. The only reason their range is smaller is because they don’t have designs that are comparable to the Surge and the Blaze from Fitbit.

​One aspect that is incredibly important is how long your battery will last with a fitness tracker. You are going to be on the go with this device a lot, it’s important to know how long you can go between recharging or changing batteries.

​The JawBone range includes the UPw and the UP2, which both have rechargeable batteries. They last around 5-7 days before needing to be recharged, depending on how much you are using it. The JawBone UP Move has a replaceable battery that will last you about six months.

​Every Fitbit offers these same features: active minutes tracking, calorie counting, steps monitoring, and distance tracking. Almost all of them will track your sleep as well. Those that have altimeters will tell you the number of steps you’ve climbed as well.

​Some Fitbits also have silent alarms that vibrate on your wrist when it’s time to wake up.

​The only Fitbit model that offers GPS capability is the Fitbit Surge.

​Because Fitbit has teamed up with designer Tory Burch, which has given their products more of a stylish flair. You can now get a variety of colored interchangeable bands for any Fitbit product.

​They also offer their Aria scale, which basically sends detailed information about your body fat, weight, and lean mass levels to your Fitbit application.

​As for JawBone, they all offer the following features: sleep tracking, activity tracking, food logging, and smart coaching.

​The company does not have a GPS capable fitness tracker, and they do not have a product that competes with the Fitbit Aria scale. One thing we do love about their products, however, is JawBone’s very unique kitchen cutting board scale. They call it the Orange Chef Prep Pad. This, combined with the Heart Health features of the JawBone UP3, give the company the edge when it comes to monitoring your nutrition.

​Neither company produces activity monitoring devices that are completely, 100% waterproof. However, Fitbit does ensure that all of their products are water resistant. This basically means that the inner workings of the device will not allow the penetration of water. This is very different from being waterproof, which ensures that water hitting the inner parts won’t damage them in any way.

​Fitbit offers a level of water resistance up to 50 meters. However, you should really not swim with your Fitbit on, because the force of your swimming stroke may be too much for your device to comfortably handle.

​As for JawBone, the JawBone UP2, UP3, and the UP MOVE are splash proof. This simply means that they are resistant to having accidental water get in and on them. They should not be taken directly into water however. You also should not wear them in a steam room or sauna.

What Do They Have In Common?

​Even though neither of them is suitable for full immersion into water, the Fitbit definitely offers a better level of water protection.

​The two companies and products do have some aspects in common as well.

​To get the most use out of your fitness tracker, you should really consider pairing it up with a smartphone. This allows you to have instant analysis of your activity data, and both JawBone and Fitbit are compatible with most smartphones on the market today.

​Fitbit is slightly better when it comes to compatibility. It will work with any Windows, Android and iOS-based phones. JawBone will work with most iOS, Android, and Windows phones, so they are pretty close.

How To Make Your Choice

So, we have discussed the merits of both companies and their products, how do you make your decision? There are a few different factors you should consider before making your final choice.

​The first thing you should consider is your budget. For both companies, the cheapest option is around $20, and the most expensive products are between $2-300. Knowing what you can afford to spend in the first place will make it much easier to eliminate options and make your final choice.

​Another aspect to consider is what you will be using the fitness tracker for. Depending on the intensity of your workouts, the type of workouts you are partaking in, and how deeply you want to plan your nutrition, your decision should be based on your needs.

​If aesthetics are important to you, you should consider how the product is going to look on your wrist as well. While Fitbit does have interchangeable bands and different color options, they are fairly bulky. The designs of JawBone are much more sleek and stylish if that is important to you.

​The waterproof aspect should be kept in mind as well. Like we discussed before, neither company offers waterproof products, but Fitbit does have completely water-resistant items. If you are someone who will experience a lot of wet weather or bodies of water, you should definitely go for the Fitbit over the JawBone design.

Which One Is Better? 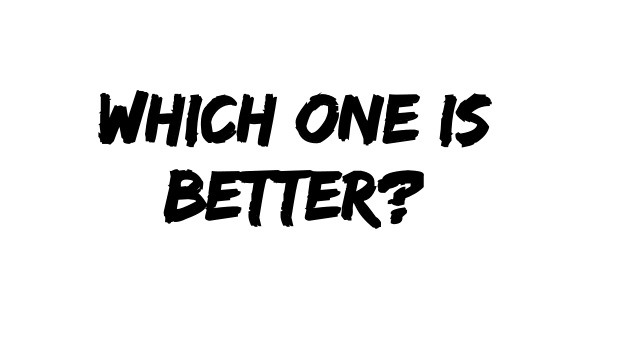 ​So, in the end, which one should you choose? Which one is better – JawBone vs. Fitbit?

​Both companies are absolutely excellent choices for people who need a dependable, quality, and reliable wearable activity tracker. If you are making your choice fully based on functionality, Fitbit definitely has more of an edge there.

​If fashion is something you are more focused on when it comes to your tracker, JawBone does offer more slim, stylish products than the bulky Fitbits.

Both choices are wonderful and have so, so much to offer. Most of your decision will be up to personal choice. Which one on the list is most appealing to you? If you have tried one of the companies previously, what did you like about it?